What Information is Needed by your Bail Bondsman in Fort Myers, FL? 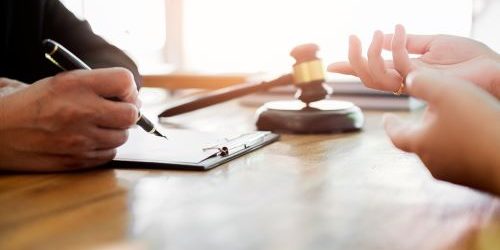 To be in prison is a stressful situation and the first and natural initiative of the accused is to undertake an action on how to be released from the custody of the authorities. This is just a normal reaction and sentiment, which is aligned towards the principle of self-preservation.

This release from jail provides temporary liberty that may only be obtained through the issuance of a bail bond pending determination of a pertinent criminal case.

That being said, the assistance of a bail bond company is required. In short, a bail bondsman’s engagement is to facilitate the court’s requirements for compliance. As part of the process, the bail bondsman must post the bond for the provisional release of the accused. The simple method requires a mastery of the procedure otherwise the accused will be denied bail.

The services of a bail bondsman are usually being availed when the accused does not have the money to pay the amount of the bail.

The Bail Bondsman must ensure the provisional freedom of the accused and as a result, he doles out the money needed to be paid. As a mandatory responsibility of the bail bondsman, he ensures the appearance of the accused in court during the conduct of hearing on top of the task of tracking the accused’s whereabouts regularly.

The bail bondsman requires the following information to carry out the bail bond:

1. The location of the accused

The bail bondsman needs to know where the accused is being held in custody. The accurate address of the penitentiary is indispensable, which include the city, state, and zip code as your bondsman draws up the proper paperwork.

2. The Full Name & Booking Number of the accused

The cost of a bail bond is important as it is used as the reference for the computation of the bond. The posting of the bail bond is designed to provide temporary liberty of the accused right after the arrest.

The amount of the bail will be dependent on the actual charge to be set by the judge. The process of posting a bail bond is perplexing and the assistance of the bail bondsman is significant to ensure the success of the accused’s bail. In this relation, the services of the All Out Bail Bonds is strongly recommended.

We have the mastery of the process and we provide our utmost support to every client to their utmost and complete satisfaction.

All our service areas are open to serve your better at Fort Myers, Punta Gorda, Port Charlotte, Florida.

Call us now and our coordinators await your call to provide you with the utmost support and services.

Bail Bonds for Driving Under the Influence (DUI) in Florida
January 14, 2021

What To Know Before Co-Signing A Bail Bond In Florida
December 11, 2020

What Happens If You Break Bail Conditions in Jail Bond Punta Gorda?
August 18, 2020
CALL US NOW!

i have been back with the company for about two months and All Out Bail Bonds try to treat their customers like family. They are real with people don’t try to sell you hope and dreams they are very honest and they be up front with you and will not blow smoke up your rear end. So I think i will be in this company for a very long time

Very helpful and pleasant to deal with.